I’ve always had a soft spot for the military-religious orders of the Middle Ages. If I’d been around then I would have loved to have joined the Templers, Hospitallers, Teutonic Knights or one of the numerous other outfits operating at the time: given the choice, of course. An illiterate peasant would have been out of the question, and a common or garden monk living alone in a cell wouldn’t have been very appealing either.

No, much better to get the right combination of devotion and activity, adventure and camaraderie offered by these guys.  Praise the Lord and pass the ammo. Join the monks of war and see the world. Evenings for prayer and fasting, daytime for smashing ungodly heads in. ‘GOD WILLS IT!’ as the First Crusade mantra went – a perennially handy excuse for just about anything. Homicide became malecide, the killing of evil itself, which was of course good.

The whole concept of ‘Holy War’ and the complex theological arguments used to justify it were in reality a complicated legalistic way of getting around the Sermon on the Mount and Jesus’ rather inconvenient injunction that thou shalt not kill (anybody – end of). 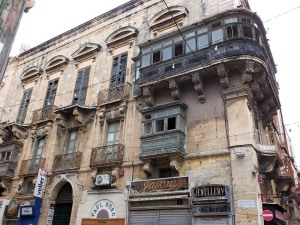 I recently finished reading a book about the Great Siege of Malta by the Turks in 1565 and leapt at the chance of going to Malta and seeing the walls, bastions and forts for myself. 200 ships and 40,000 men were thrown against these tiny islands in the Eastern Mediterranean by the Sultan, and the defenders numbered just 700 Knights of St John, backed up by a few thousand men-at-arms and locals. It was a bit like the siege of Constantinople in 1453, about a century earlier, which was a Turkish success story. This time around, however, the defenders gave them a damn good thrashing. The sun was just starting to set on the mighty Ottoman Empire by now, but it was still a force to be reckoned with in 1565 and in fact it took another three centuries or more before the fat lady appeared on the horizon. 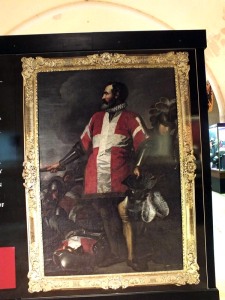 The defence of Malta was organised by a truly extraordinary and inspirational man, the Grand Master Jean Parisot de la Valette. Think of Spartacus, El Cid and Gladiator all rolled into one and you have an approximation of what his epic life was like. He joined the order at the age of 20 in 1514 and was a veteran of the 1522 siege of Rhodes, which forced the Knights to their new base in Malta. In 1541 he was captured by pirates and spent a year as a galley slave. He was 67 when he led the defence of Malta. I know a few blokes of that age who panic when they misplace their slippers and fall asleep in front of the telly. So keeping fit, eating frugally and avoiding drink and women is clearly good for you. 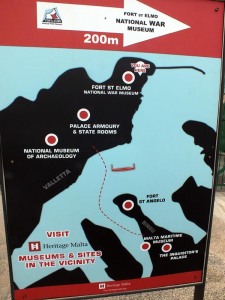 Valette’s spies in Constantinople informed him of the Sultan’s preparations for their unwanted visit to Malta months in advance, as it involved the amassing of a huge army, hundreds of vessels and other necessities. The armada appeared off the Maltese coast on 15 May 1565. Fortunately the Turkish high command was not a winning team, because although there were two commanders in charge the third one – the corsair Dragut – turned up only a month later with the rest of the fleet. Mustapha and Piali Pasha were also out of joint because Mustapha tactlessly showed Piali a signed order from the Sultan giving him special powers over Piali, so not really an auspicious start.

The first engagement took place on 19 May when the Turks attacked an outlying village and the last on 11 September, when they lost 3,000 men trying to retreat back to their galleys. In between there was a series of epic struggles as a diminishing number of defenders beat off wave after wave of Janissary attacks and were pounded night and day by cannon fire as they were holed up in the forts of St Elmo and St Angelo. It was like Rorke’s Drift during the Zulu Wars, but on a far bigger scale. 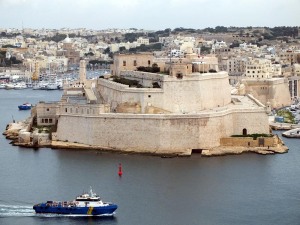 After the dust had settled, 8 September was marked as Victory Day on the islands, commemorating the lifting of the siege. Valette led the first procession in 1566, when he was given a jewelled sword by Philip II of Spain, and this annual procession is still held today.

I liked Malta, but wasn’t too keen on the yachts in the Grand Harbour, though this can probably be put down to a general gnawing jealousy that I’ve never been able to get rid of. The walls however were very fine, and I was immensely impressed by St John’s Bastion, which looked as if it had been built by the giants in Rheingold and forms part of the mighty landside defences. In Renaissance times, Valette was regarded as the ideal city, and I can see why.

The Grand Master founded the city of Valette in 1566 following the Great Siege and the Grand Palace was one of the first buildings built here. It has one of the finest armouries in the world and was elaborately embellished by successive Grand Masters over the years.

My only problem with it was that a nuclear English family got there just ahead of me and hogged the rest room for over half an hour before I could get into the armoury. I fantasised about clubbing them all to death with a huge mace which hung on the opposite wall, just out of reach.