Turkey is a magical land with something for everyone. If sprawling on a sun-baked beach with a cold drink in one hand and a Kindle in the other has lost its appeal, it’s good to know that there is plenty more on offer if you want it. Go east, young man, and you’ll discover stunning alternatives to the fine white sands of the Turquoise Coast and the discotheques of Bodrum.

Van is a case in point. This ancient city was supposedly founded by Queen Semiramis of Assyria back in 1800 BC. The settlement and its surrounding territory had its own petty ruler at the time, and according to legend the exotic queen fell head over heels for this Emperor Ara. When he was killed during a siege she had a castle built on a massive rock overlooking the nearby lake in memory of him, and moved in herself for a while. When she eventually came to her senses and returned to her homeland, Semiramis left the city under the control of one of her henchmen, General Van, from whom it gets its present name. 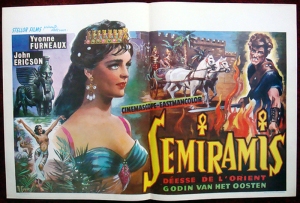 A later civilisation, the Urartians, built the world’s first major commercial highway here, running from Van to Malatya, a distance of 440 kilometres. It was 5.4 metres wide and had accommodation stations every 30 kilometres, and you can still see sections of it in the Bingöl Mountains. The Urartians also built a dam for Toprakkale Castle which is still in use today, and their castles, temples and assorted stone monuments litter this precipitous and dramatically craggy region. The so-called King’s Sepulchre, etched into the walls of Van Castle, was the first and most famous of these. The Urartians were also proficient at mining for precious stones, and were the premier jewellers of their day in the region of East Anatolia.

Nowadays, visitors mostly come to Van to see its famous castle, which is in remarkably good condition considering the number of times it has been batted between different warring factions over the centuries. Most recently, to the original austere circles of four nested medieval walls the Ottomans added a mosque, madrasah, water-tower and storage magazines, and until the outbreak of the First World War Old Van was a lively and quintessentially Ottoman town. It fell to wrack and ruin with evacuations and a brief Russian occupation, and now only the remains of a single minaret from the formerly magnificent Ulu Mosque is left as a reminder of its former importance and indeed glory.

Lake Van was formed by an eruption of the nearby Nemrut volcano. Covering 3712 square kilometres, it is one of Turkey’s biggest lakes, and at its deepest point plummets down 451 metres. There are stories of course of a Loch Ness-style monster, and the ancient legend describing the creation of the lake are just as exotic. The great king Nemrut, so the story goes, travelled around the world collecting master craftsmen to build him a magnificent fortress that would show off his supposed divinity. Predictably, because of this impiety God sent an angel to batter the fortress with its wings, destroying the walls completely and turning the mountain on which it was built into a lake. It’s an Anatolian version of the Tower of Babel. 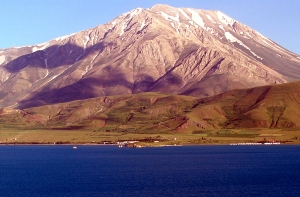 Whatever its origins, Van Lake is quite beautiful, and visitors from the region flock to its four islands and many fine beaches when the weather is good for picnics and water sports.

The lake contains only one species of fish, the pearl mullet. It lives only here, in the carbonated, salty waters of Lake Van, and was until recently known only to the locals and a few scientists. The fish live on plankton and grow to 200 cm in length: not quite sea serpent material but substantial enough.

Van also has its own peculiar breed of cat, and as a great cat admirer I couldn’t wait to see if they were as beautiful as I’d read. As ever, the first-hand experience outstripped the printed accounts, and I can tell you that these pure white creatures with their long, silky fur are truly wonderful animals.

As an afterthought I might mention that my own cat, which I buried recently with all due ceremony under a rose bush in the garden, was dug up shortly afterwards by a fox and thereby re-entered the food chain. Which is, I suppose, as it should be.