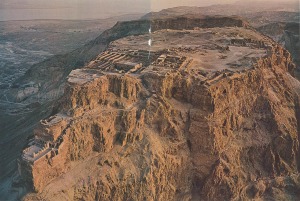 One of the more spectacular views in the Eastern Mediterranean, in a region hardly short on them, is the drive through the Judean Hills down the gently sloping foothills to the shores of the Dead Sea. This is located at the lowest spot on the planet and its waters are choc-full of therapeutic minerals and salts that are exported as constituents of various products across the globe.

One of the great castles around here is the vast and imposing fortress of Masada, perched on the very pinnacle of a high cliff. I prefer the Crusader castles in Syria but this one is not bad at all. It was the final stronghold of the Cisarians, a fanatical sect of Zealots in the days of much-maligned King Herod. You get to the top by cable car to explore the ruins, which include the three-tiered palace of Herod along with a large synagogue and a bath complex.

By 70AD the Romans, their patience stretched to the limit by uprisings in Judaea, had finally had enough and put their foot down. After flattening the Jerusalem Temple in 70AD they pursued a group of zealots who’d taken refuge in this supposedly impregnable fortress. The veteran X Fretensis legion was ordered to take it by Lucius Flavius Silva, the Governor of Judaea, and they set to work building a siege ramp. They found on forcing their way into the citadel that all the defenders had committed suicide, which was under the circumstances probably their best bet because the alternative would have been capture and crucifixion.

It’s interesting that the Jewish historian Flavius Josephus, the main source for all this, condemned the Cisarian Zealots as having been unreasonable and completely responsible for the war and for the subsequent destruction of Jerusalem. Jewish official sources make no mention of the war as the fall of Masada is not considered to be a part of their history. There’s some truth in this, because not all Cisarians were even Jewish, as Josephus himself admits, with bones of pigs being found by archaeologists on the platform inside the citadel.

Rome’s point of view is understandable, as there was a civil war raging back home and in the early stages of the Jewish Revolt the X Fretensis legion had lost its precious eagle standard, so there were reputations at stake.

Why couldn’t folk simply settle down, prosper, keep out of trouble and appreciate what the Romans had done for them and, incidentally, for us? Moan, moan, moan… 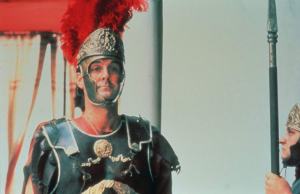