The Baltic crusades were just one of the myriad elements in the gradual Christianisation of northern and central Europe during the 13th century, and were really a chivalric veneer that masked a brutal process of ethnic cleansing and territorial acquisition in the lands around the Baltic, mainly against the indigenous Slavs. 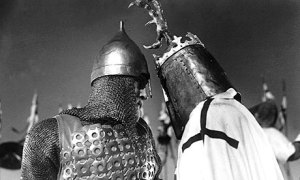 The military-religious order of the Teutonic Knights had been founded in the 1190s in Acre during the Third Crusade, but because of their territorial associations they soon became identified with crusading closer to home back in northern Europe. They declared Prussia a papal fief in 1234 and their Master, Hermann von Salza, became the state’s imperial prince. 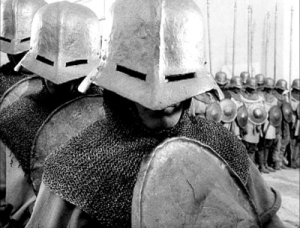 What distinguished the Teutonic Knights from other orders was that in 1245 Pope Innocent IV gave them the right to grant the prestigious and coveted crusade indulgences without needing special authorisation from the Pope. This made them unique, able to identify any aggressive foreign policy with a crusade (what does that remind me of?). Even the Latin rulers of the Kingdom of Jerusalem had to go through the Pope for that.

One of the more amusing consequences of this was that the Teutonic Knights were able to cash in on the early tourism business. They created what was essentially a crusading package tour, whereby knights from back in Western Europe in the 14th century could head out to the Prussian frontiers for a few refreshing weeks of fighting, lavish feasting and reputation-boosting, and earn a few useful indulgences for their immortal souls at the same time. Even Thomson’s doesn’t offer that sort of a deal.